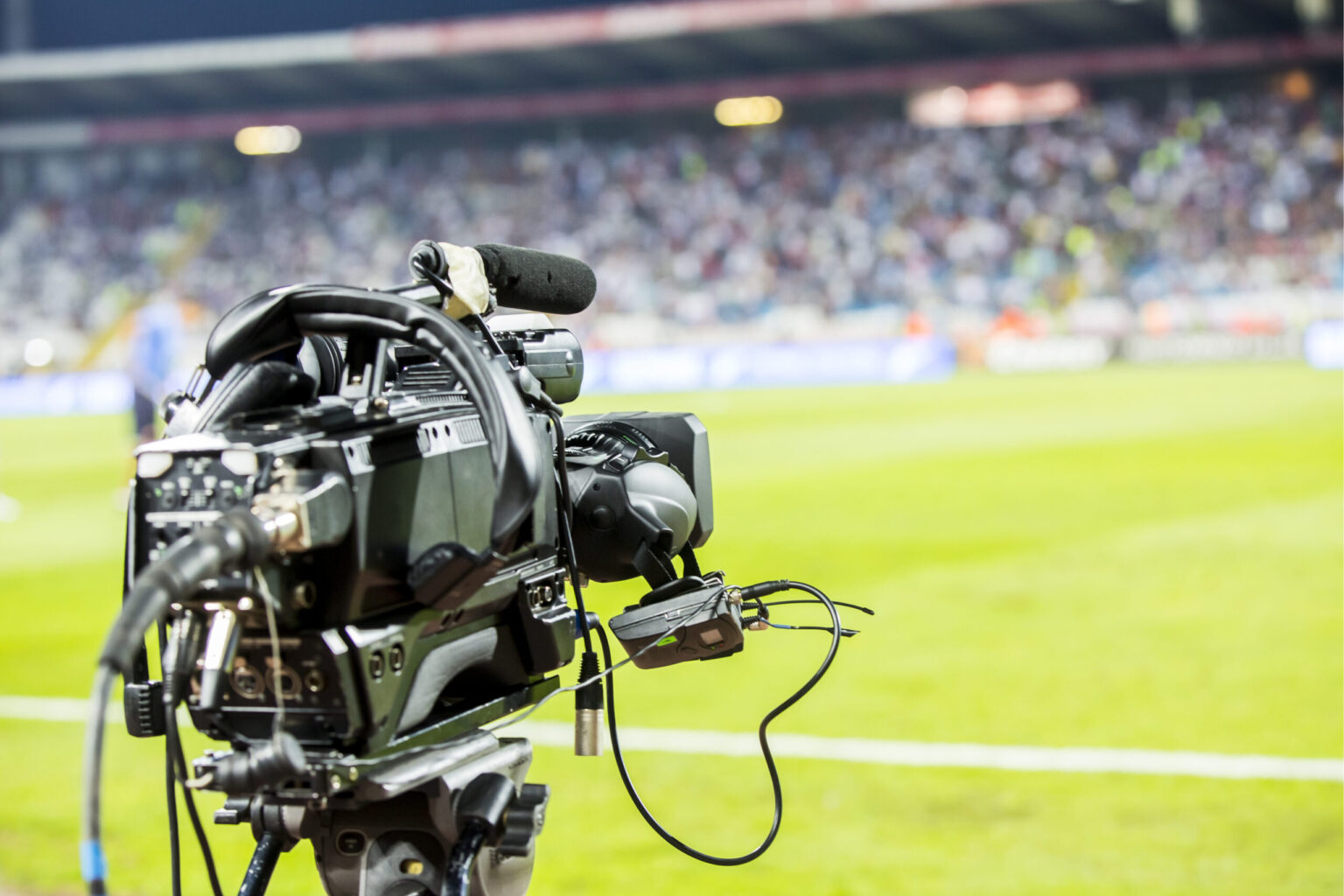 What next in football broadcasting?

We set out our views on what is a highly turbulent time for football clubs and sports broadcasters.

BT’s announcement that it is considering the sale of a stake in its sports broadcasting business comes at an interesting time. The future of British football looks exceptionally uncertain in the wake of the recent if short-lived European Super League proposal and the just-launched Crouch Review.

Fans and politicians alike were near-unanimous in their criticism of the ESL, but even before the ESL, the government was considering the need for reform. This is emotional territory and investors in football and football broadcasting have a lot to digest. They will need to navigate a complex and interrelated set of political, policy and regulatory challenges.

Football is very much at the heart of BT Sport. At the outset of the venture, BT engaged in a lengthy legal process to secure access to Sky Sports, primarily because of Sky’s FA Premier League rights; the company has become an important participant in the triennial FAPL auctions; and it has exclusive rights to UEFA Champions’ League matches in the UK through to the summer of 2024.

There are big questions about whether BT’s investment has been a success. The company is generally seen by viewers as some way behind Sky which has managed to retain the most attractive FAPL content alongside other valuable sports rights and offers a considerably broader range of non-sports content.

Much of the original rationale for BT to enter sports broadcasting was defensive – a means to protect the core broadband business. It is true that BT’s retail broadband business retains a healthy market share and is profitable, but it is far from clear that the bet on sport has paid off. Would BT have been more profitable overall without the sports investment? Ofcom has also been pretty clear that it would prefer BT to invest in fibre rather than footie, although it is not obvious that the two are mutually exclusive.

BT’s announcement may suggest it wants to increase investment in BT Sport, potentially by partnering with another broadcaster. This could mean more investment in both the platform and rights. But with the changes in the policy and regulatory world, would such a play make sense? How might the Crouch Review change the economics of sports broadcasting?

There are a lot of misconceptions about the economics of sports broadcasting. We frequently hear commentators suggesting that if sports rights get more expensive, fans will pay more. In fact, the causal chain is more likely to work the other way.

If fans are prepared to pay more to watch sport on TV, or more viewers can be attracted to a sport, then broadcasters should be able extract additional revenue – either from pay TV subscriptions or from advertisers. Those broadcasters will then have a greater willingness to pay for sports rights because they can make more money from a given set. Hence the willingness of broadcasters to pay for sports rights depends on the profits they can earn from those rights, which in turn depends on the quality of the product and the level of competition between broadcasters.

But will broadcasters need to pay more for the rights? That depends on the level of competition in the market for rights. If there is strong competition between broadcasters to bid for rights, the additional revenues earned from viewers and advertisers are likely to lead to rights inflation and rights-holders will benefit. If there is limited competition between broadcasters, it is more likely that the additional revenues will be retained by the broadcasters. This is consistent with what happened when BT entered the market for FAPL rights: the price of those rights increased substantially.

The European Super League – is it the end?

The general commentary about the ESL is that it was all about the money. For the permanent ESL members, the League would have provided greater revenue certainty, but it is unlikely that the ESL would have brought significantly more money into the game overall as it would do little to change the structure of the market or the number of viewers.

If one assumes that the current broadcasters have already extracted most of the available revenues from European fans, then the big prize is Asia. Unfortunately, showing matches at 8pm on a Wednesday evening in Europe is unlikely to attract many additional fans in the Far East aside from insomniacs. On that argument, it is unlikely that the ESL would increase the size of the revenue pie.

Hence the biggest gain to the ESL clubs would have come from an increased share of the existing pie, including revenues diverted from the UEFA Champions League. Putting emotion aside, it is hardly surprising that UEFA and other clubs were upset – the ESL would almost certainly have hurt them commercially. Similarly for the holders of existing sports rights – especially BT with its Champions League rights – the ESL was very bad news.

This does not mean the ESL is dead. It could yet re-emerge in different forms, although for its proponents there are formidable obstacles to overcome. For example, a version that scheduled matches on weekend afternoons would be a good way to increase overall revenue by attracting more Asian fans, but there would be a serious and highly unpopular risk to domestic leagues. Across Europe, matches in certain time blocks (e.g. Saturday at 3pm in the UK) are protected and cannot be shown live on TV for wider policy reasons.

Will Crouch come to the rescue of England fans?

The last time England fans looked to Crouch to help out was 2010 but that was Peter, not Tracey. (Outcome: P. Crouch came on as a substitute in England’s first two games, scored no goals and did not feature again. England then lost 4-1 to Germany in the last 16.) Will Tracey do better?

The terms of reference for Crouch’s Fans-led Review are ambitious. The review will address governance and ownership; it will look at the links between clubs and local areas and it will assess financial flows in the game and the way the revenues get shared between clubs. It will consider the role of a football regulator and also look at broadcasting markets.

There is a long history of regulatory and policy interest in sports broadcasting. The European Commission, the UK competition authorities and Ofcom have all looked closely at sports rights and football in particular. There have upstream been regulatory interventions in the rights market and downstream interventions in broadcasting markets. There have been appeals and appeals of appeals. There is room for a lot of disagreement.

This time (and perhaps every time) things are different. There are signs of new entry into sports broadcasting, most notably from Amazon. BT, for all the challenges its sports business faces, has built a decent customer base and is a genuine competitor to Sky. Virgin Media has access to Sky Sports and BT Sport. Viewers are arguably well-served. There may therefore be no need for further changes to the broadcasting side of sports, but it is hard to imagine that the Review will not explore options, including the possibility of pushing for some matches to be shown free to air, building on the 33 free to air games shown last year.

On the pay TV side, if the focus is on fans, one might start with the idea that the best deal for them would be driven by greater competition between broadcasters for viewers’ eyeballs. That competition could reduce the price of pay TV packages. The requirement on FAPL not to sell all of its rights to a single broadcaster is a nod in this direction but a fairly weak one.

A radical intervention would tackle the sports rights market head-on, so that a wider range of broadcasters could get access to rights – especially the FAPL rights. Historically, regulators have taken the view that fans would not be well served if they needed multiple subscriptions to watch, say, all the games of one club. However, the viewing landscape is changing – in the world of cord-cutting, many viewers already subscribe to multiple platforms (Sky, Netflix, Prime Video, Disney+, etc.) and switch from a programme on one platform to a programme on another at the touch of a button. Does this change the balance of arguments?

It may, but fans also care about the quality of football. In part, quality requires a degree of financial equality so that smaller clubs have a chance to compete effectively with the giants. But fans also want their clubs to be able to attract the best players. Anything that reduces the amount of money flowing into the UK game could weaken clubs’ international competitiveness. Crouch will need to consider the case for regulatory and policy intervention in an international context.

Even if the Crouch Review avoids direct intervention in the broadcasting market, it will have to drive change. It will take a view on what a fair distribution of revenues looks like; it will consider the position of UK clubs internationally and the way in which revenues affect clubs’ competitiveness in international competitions; and it is likely to recommend interventions, including quite possibly a football regulator and, more speculatively, changes to the protection of live fixtures. All of this will change the economics of the game.

There is a prospect of significant changes that will affect clubs in all divisions. It is almost inconceivable that those changes will not be felt indirectly in the broadcasting market. For clubs and broadcasters, including BT, its competitors and its potential partners, the next 12-24 months will be particularly turbulent.

Mark Caines leads Flint’s competition and regulatory team. Before joining Flint, Mark was a senior policy director at Ofcom and prior to that he had a career in economic and strategy consulting. Mark’s advice draws on over 25 years’ experience of regulation, competition and policy development. To find out more about how Flint can help you navigate the risks and opportunities of these developments get in touch. 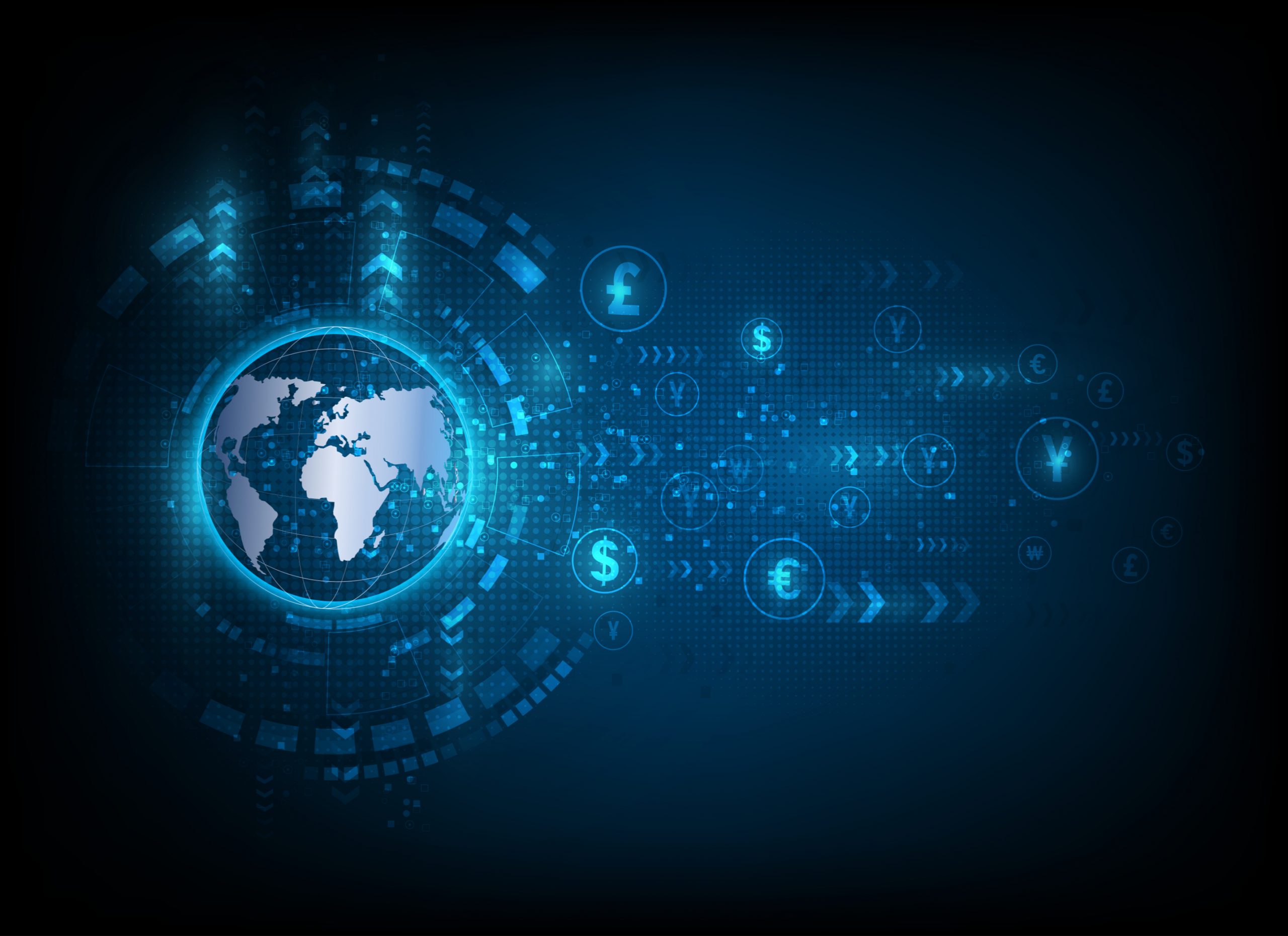 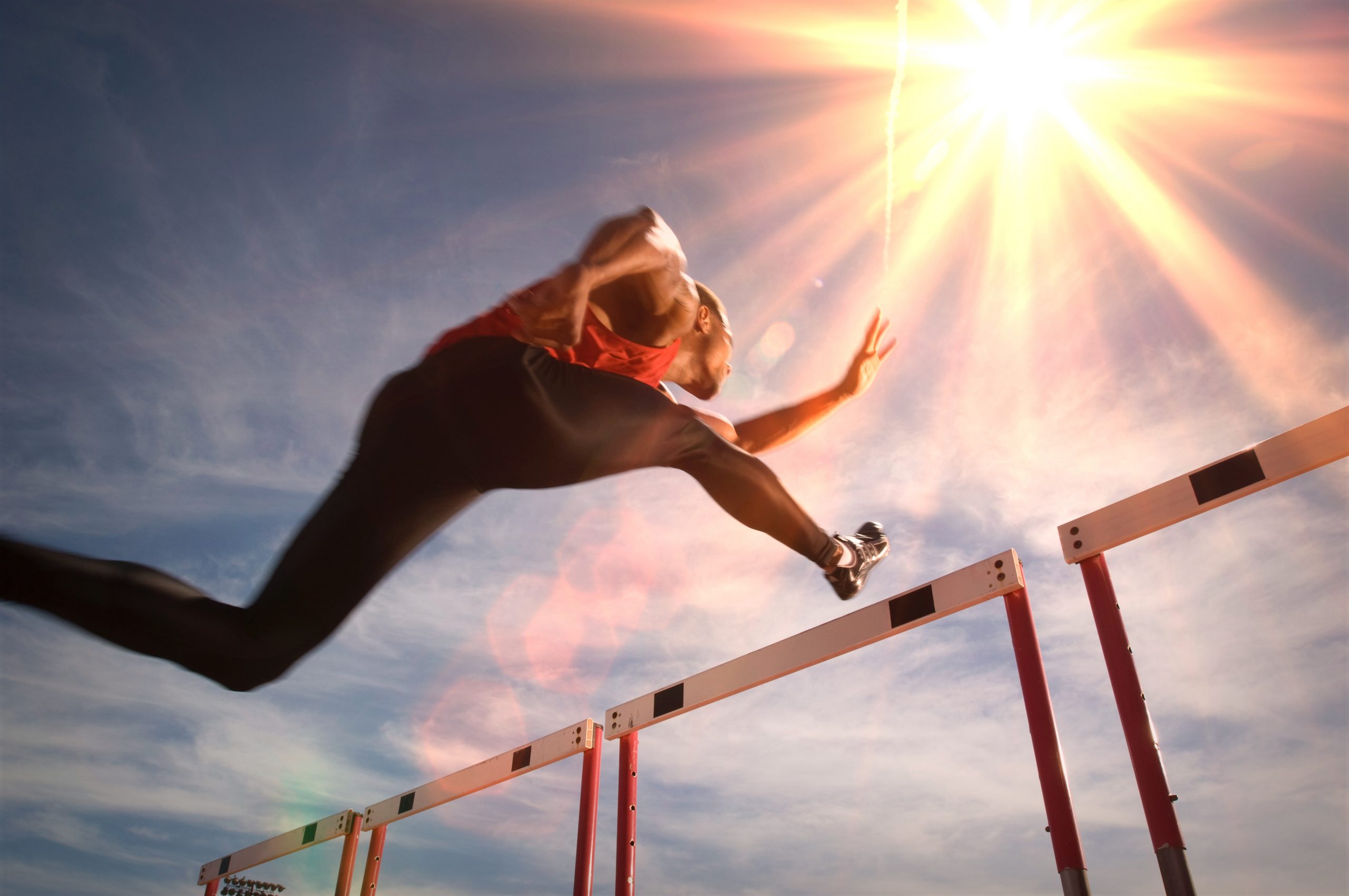 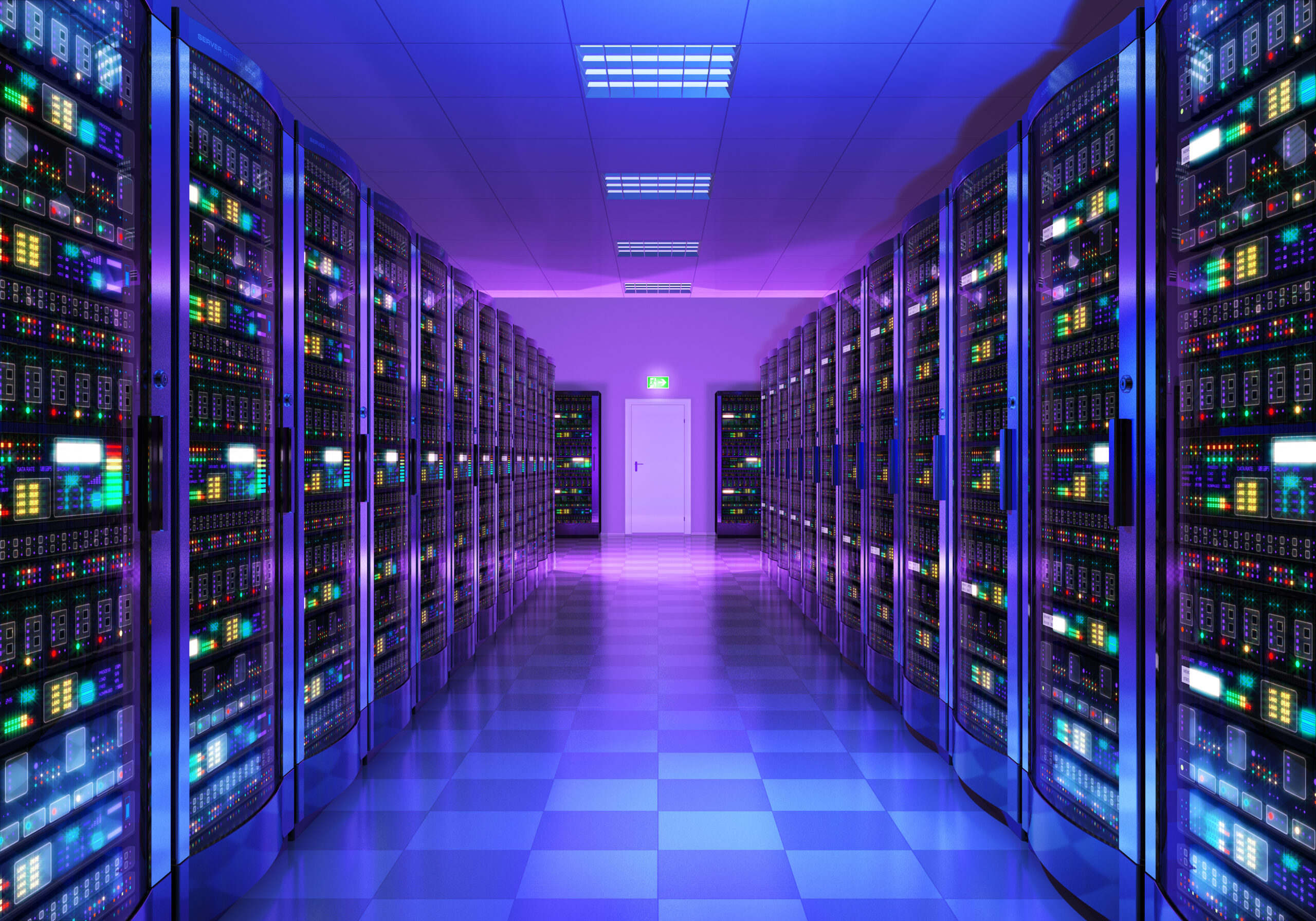