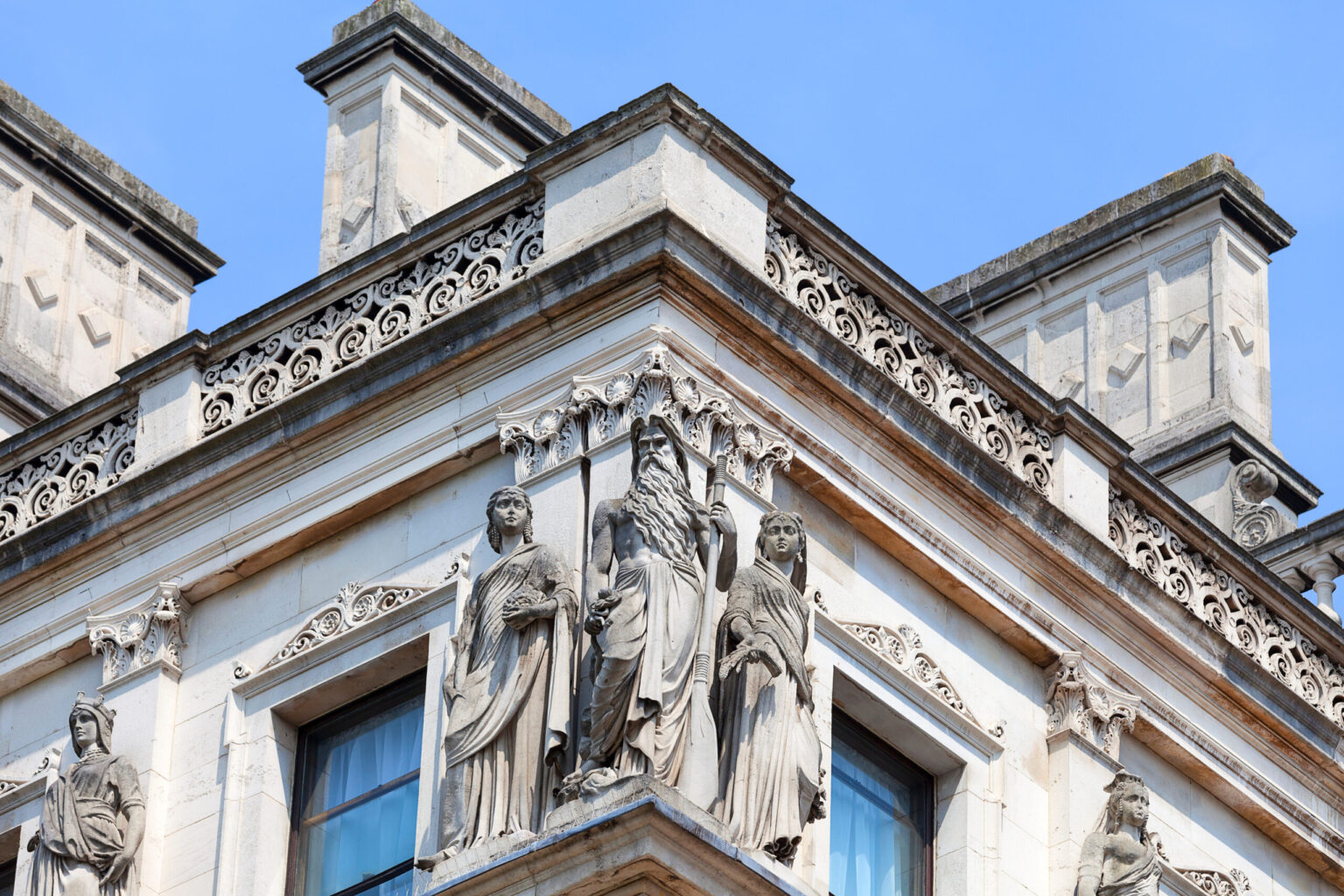 The Integrated Review on Security, Defence, Development and Foreign Policy

The Integrated Review of Security, Defence, Development and Foreign Policy (Integrated Review) will start at first principles, considering the UK’s strengths, values, objectives, the threats we face, and the tools at our disposal to meet them. It is now pencilled in for a ‘soft-launch’ by the Prime Minister on 16 March, with further documents, including a new defence industrial strategy, to follow.

The Government sees a lack of coordination between the different areas of international and national security policy - defence, diplomacy, development and national resilience. It will seek to set out a ‘whole of Government’ approach, adjusting some Whitehall structures.  Geographically we expect a strong focus on transatlantic relations, and an “Indo-Pacific pivot”. Cooperation with the EU will be downplayed, but commitment to NATO reinforced.

Debate on the contentious defence budget was pre-empted by a £16bn additional uplift before Christmas. But this mainly plugs the existing shortfall, so any new investment in capabilities like cyber will come at the expense of conventional forces. Security will be closely linked to prosperity, with open trade and economic resilience as key pillars.

Entitled ‘Global Britain in a Competitive Age’, this will be the first full articulation of  ‘Johnsonian’ foreign policy. To satisfy critics and be credible, it must address difficult trade-offs and policy choices.

The Integrated Review will make the case that Britain should aim to have global influence and that this matters to all British people. It will argue that democracy and democratic values are at risk and that the UK should be energetic in defending them. The Prime Minister wants a vision and principles that can be readily understood by the public and provide a rationale for individual policy choices. His strapline is the UK as a ‘force for good’. Some will argue that any set of principles will be too vague to be useful in practice, but the Government hopes this will help end a period of relative drift and disjointedness that has left it exposed on some issues, notably China.

Much of the thinking will be orthodox – Britain with a global outlook, broadly supporting multilateralism and the rules-based order. Johnson told the Munich Security Conference on 19 February that ‘the success of Global Britain depends on the security of our homeland and the stability of the Euro-Atlantic area’. There will be a reprioritisation of the transatlantic relationship post Trump, however there will also be a focus on Asia or the “Indo-Pacific” region.

Other priorities will include national and international economic resilience; open economies for trade, investment and the flow of ideas and information; tackling climate change; and promoting the UK as a global science power. Development aid is likely to be focused towards the ‘bottom billion’ and building resilience against upstream threats like conflict, global health emergencies and climate change (A decision on how long to sustain the cut in overseas aid from 0.7% to 0.5% of GNI may be left to the Autumn spending review.)

Early signals suggest support for selective and effective multilateralism – focusing on practical results, rather than multilateralism for its own sake.  There is talk of more ‘minilateralism’ - building coalitions of the like-minded behind specific objectives.

The Review will make the case for the UK to maintain a global presence or reach in a wide range of theatres. But choices are needed on where to focus limited resources.

In Europe, cooperation with the EU will be deprioritised, but a strong British role in European defence through NATO will be a high priority. We expect a concerted effort to invest in the US relationship across the board. Also, a public commitment to becoming a more significant and visible player in the Asia-Pacific / Indo-Pacific region, supporting US-led efforts to balance Chinese power. This is already evident in the shifting emphasis of trade policy, with the UK’s application to join the CPTPP and renewed overtures to India; in diplomacy, with the invitation to Australia, India and South Korea to attend the G7 summit in June; and in defence/intelligence policy through cooperation of the Five Eyes with Japan and Korea and planned deployment of the UK’s aircraft carrier. The UK may also seek closer ties with ASEAN.

How the Review addresses the UK’s relationship with China will be crucial. Johnson’s instinct as an economic liberal and self-confessed ‘Sinophile’ would be to remain open, with conditions, to safe Chinese investment, balancing economic and security interests, case-by-case. However, the deterioration in Hong Kong and Xinjiang, the tension in US China relations, and growing anti-China sentiment at home, suggest a more cautious and restrictive posture.

The last two strategic defence reviews were dominated by drastic cuts to troop numbers and equipment. This Review promises a candid judgement of the capabilities needed based on a full assessment of threat. Much of the four-year £24 billion increase in the defence budget, including the additional £16 billion announced in December, will simply plug an existing black hole, which means any new spending will have to be matched by cuts to existing capabilities.

The focus of new spending will fall where the UK has world-leading specialist capability or clear unmet needs – particularly cyber and special forces. Cyber threats, from states or criminal organisations, are a primary concern. Beyond evolution of the National Cyber Force, we expect additional efforts to strengthen the UK’s current capabilities and drive technological advance. Cyber is an area that links security to economic prosperity and scientific excellence.

Among conventional forces, the Navy will be the main winner. First the commitment to the new aircraft carriers requires rapid investment in more ships to maintain carrier strike capability; second, naval platforms allow the UK to project power across the world, notably the Indo-Pacific; third naval exports are the most attractive defence industrial offer and benefit politically important parts of the UK. The (expensive) commitment to the continuous nuclear deterrent, and therefore the successor ‘Dreadnought’ boats, will remain.

The Prime Minister has committed to continuing the Tempest next-generation fighter jet programme and is particularly interested in unmanned combat air capability. This leaves the Army likely to bear the brunt of cuts; troop numbers may be reduced to just 70,000. The army is likely to be compensated with one major equipment programme, probably a successor to the Challenger tank. Ministers will need to convince NATO allies that the UK will be able maintain our contribution as conventional land capabilities are pared back.

The Review will link consideration of the UK’s prosperity and economic resilience to development, security, defence and diplomacy. There will be more focus on strategic trade partnerships, supply chain resilience and leveraging aid. We expect the Government to promote initiatives such as Indo-Pacific investment; Global Brits Tech Network; infrastructure hubs; and cross-departmental work to promote the UK education offer. The Review will advocate higher multilateral ambition for climate action and green finance. It will also aim to leverage cultural ties and the UK’s status as a science power to forge new R&I partnerships.

The new defence industrial strategy document will seek to increase defence procurement and export opportunities to secure investment and growth in domestic industry, including in Scotland.

While a wide range of actors across Government have fed in, the Review has been led by a small central team headed by special adviser, Professor John Bew. The incoming National Security Adviser Stephen Lovegrove, and Lord Frost, in his role as UK Representative for Brexit and International Policy (which we understand he will retain alongside his Cabinet role), have also been involved.

There is a wide view that international policy in Whitehall has been too disjointed, and that the UK can derive more leverage from a co-ordinated diplomatic, development, defence and security effort. The merger of the Foreign and Development offices into the ‘FCDO’ was a first step, and the Review may lead to more changes to the central Whitehall structures, including to ensure that concerns about economic resilience are given weight alongside pure security considerations. But perennial turf tensions between Cabinet Office, the Foreign Office, and now DIT, seem likely to persist.

Leaving the EU is an inflection point requiring reconsideration of the UK’s role in the world. COVID-19 and the rapidly shifting geopolitical context reinforce the need. In a new national strategy, all aspects of international engagement should be considered in the round. Close coordination of international economic and security policy is desirable.  Hard choices are overdue about where priorities lie, and resources are most needed.

Ed de Minckwitz is a Director at Flint. He wrote this note with input from Flint Managing Partner Simon Fraser and Senior Advisor Julian King.  Find out how Flint can help you respond to British policy development here.

Simon Fraser will be speaking at a British Foreign Policy Group (BFPG) event on 22 March to discuss the Integrated Review of the UK foreign policy. Find out more here.