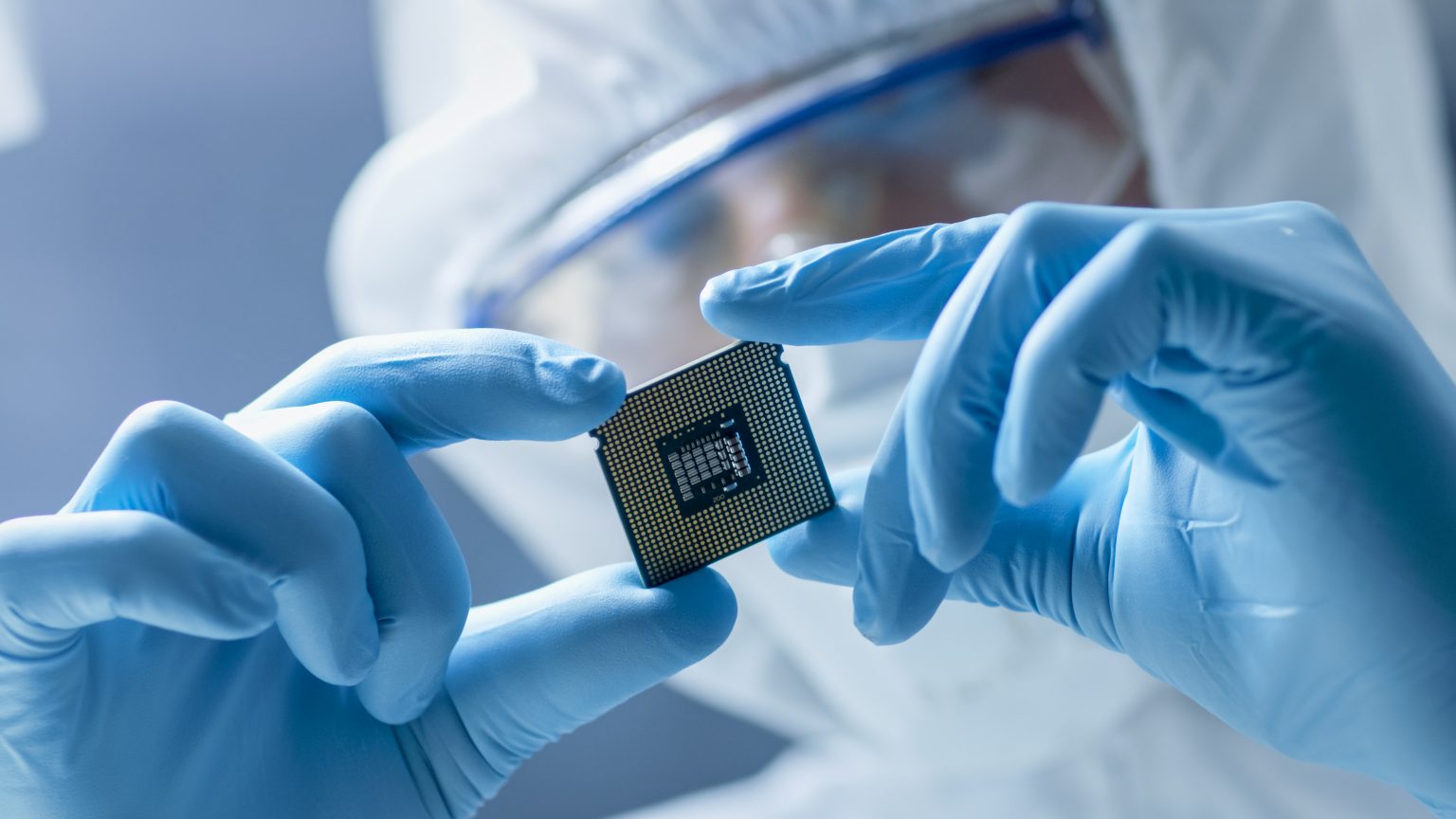 For the first time in decades, security concerns are king in industrial and economic policy. Few sectors are more impacted by this trend than emerging tech. US offensive action targeting semiconductor exports to China, together with the defensive CHIPS and Science Act, is the most significant peacetime national security market intervention by a Western power in many years. The EU and other Western governments have introduced a range of similar – albeit more modest – reforms. The global trajectory towards greater market intervention, including government support for strategic sectors, seems relatively baked in.

In the UK, the Government is planning to release several strategies that will cover many of the most important emerging tech sectors, such as semiconductors, quantum, and the future of high-end computing capability. The Government’s aim is to develop domestic technological strengths, as well as address the increasingly close relationship between economic and national security. We can expect these plans to resolve some questions about the Government’s approach to key technologies, but they are also likely to introduce new uncertainties. Businesses and investors in the sector should engage in conversations with government to ensure these new strategies respond to real-world considerations, both now and into the future.

Over the past decade, great power competition between the US and China has meant that Western governments have been slowly becoming more alive to the risks of leaning on unreliable partners for trade and investment. This process was dramatically accelerated by the dual shocks of the pandemic and Russia’s invasion of Ukraine. Resilience concerns are now much closer to the top of policy-makers’ agendas, which is leading to a more integrated approach to national security, economic policy and industrial strategy. This is a significant shift in the way that Western governments have recently approached policy-making in these fields – so while some elements of this integration are reasonably well-advanced, others are struggling to catch up.

The trend towards great intervention in the market will affect emerging technology more than any other sector. Growth in strategically important technologies with step-change capabilities like quantum and AI will require a policy framework which includes support for R&D, clear routes to market, protection of IP and data, and reliable access to high-end computer chips and other inputs which are part of global supply chains. Similarly, the Net Zero transition will require access to know-how, as well as an increased and secure supply of materials for new infrastructure such as wind farms and electric vehicles. These are all issues that require the right policy settings across a spectrum of policy agendas, from innovation, to trade, to national security, to consumer protections.

In the absence of settled, formal industrial policy for emerging tech– a consequence of political turmoil, lack of ministerial bandwidth and the Conservative Party’s traditional reticence to intervene in markets – the UK Government is currently leaning on national security levers to shape key sectors, namely via the National Security and Investment Act (NSIA).

The NSIA singles out specific sectors for which M&A requires government pre-approval. These include ‘traditional’ national security assets, such as energy and telecoms, but also includes strategic industries with less immediate national security implications, such as quantum computing, synthetic biology and critical minerals. The Government’s annual report on NSIA call-ins showed that, in the early months of the regime, a transaction was ‘called in’ for a security assessment every five days. Of those, more than 10% related to AI technologies, and more than 15% related to advanced materials.

The Government’s reference for a Phase 2 investigation by competition authorities into the short-lived Arm-Nvidia acquisition provides the clearest articulation to date of this tendency to use national security as a means to shape the market. There, it stated its view that ‘market effects… through lower [incentives] to innovate or a reduction in diversity’ in certain sectors were themselves a national security risk. This was reinforced in the Government’s order to Chinese-owned Nexperia to divest from Welsh semiconductor manufacturer Newport Wafer Fab: in that decision, the Government said that the location of a facility near the South Wales semiconductor cluster posed a risk to the activity that the cluster overall could undertake, potentially hampering the sector’s development.

The UK landscape for emerging technologies

While the UK has thus far leant on national security levers to make headway in emerging technology sectors, it has also made a number of commitments to publish formal strategies in relevant areas, including:

The Sunak Government also recently resurrected the National Science and Technology Council, which includes Secretaries of State from key departments including Defence, Digital, Business and Trade. The Council will be the most influential decision-making body in government when it comes to a whole range of big-picture policy issues with an impact on business, including investment, export controls, tax incentives and regulatory strategy.

Crucially, the Government also protected the increase in state R&D funding for the forthcoming three years, which will see it reach record levels, and it also remains committed to growing the pool of growth capital, for example by injecting government money into venture funds and making it easier for pension funds to allocate capital to venture equities. Ministers are focussed on ensuring this is used to build domestic strengths, not least through supporting home-grown technology firms that will scale and list in the UK.

To capitalise on existing UK R&D strength, as well as draw international investors, the UK also wants to be seen as a global regulatory leader in emerging technology. The UK has expanded Whitehall teams dedicated to maximising its ability to influence international standards, and a number of agreements signed with other countries have included commitments to cooperate on the development of regulatory approaches.

The recent Autumn Statement also committed to reviews of retained EU law in areas such as digital technology, life sciences and advanced manufacturing. Internationally, ‘standards setting’ is seen as one of the UK’s strengths, so the UK is likely to be an influential player. For instance, this month, the Australian, US and Canadian Governments endorsed the UK’s Open RAN principles, intended to ensure interoperability and implementation neutrality in the future development of the telecoms market. Businesses should think of the UK Government as one vector through which they can provide input and feedback in relation to global standards for emerging tech.

The update to the Integrated Review, which sets out the Government’s strategic view of defence, foreign and security policy, will be another opportunity for the Sunak Government to provide clarity. We understand that the Review will be published alongside the Spring Budget, for which HMT is said to be preparing a growth plan which will impact these industries.

How Flint can help

Flint has leading specialists in technology regulation, as well as expertise from within Whitehall departments on how the Government will approach these questions, and how best to engage with Government and deliver policy objectives. 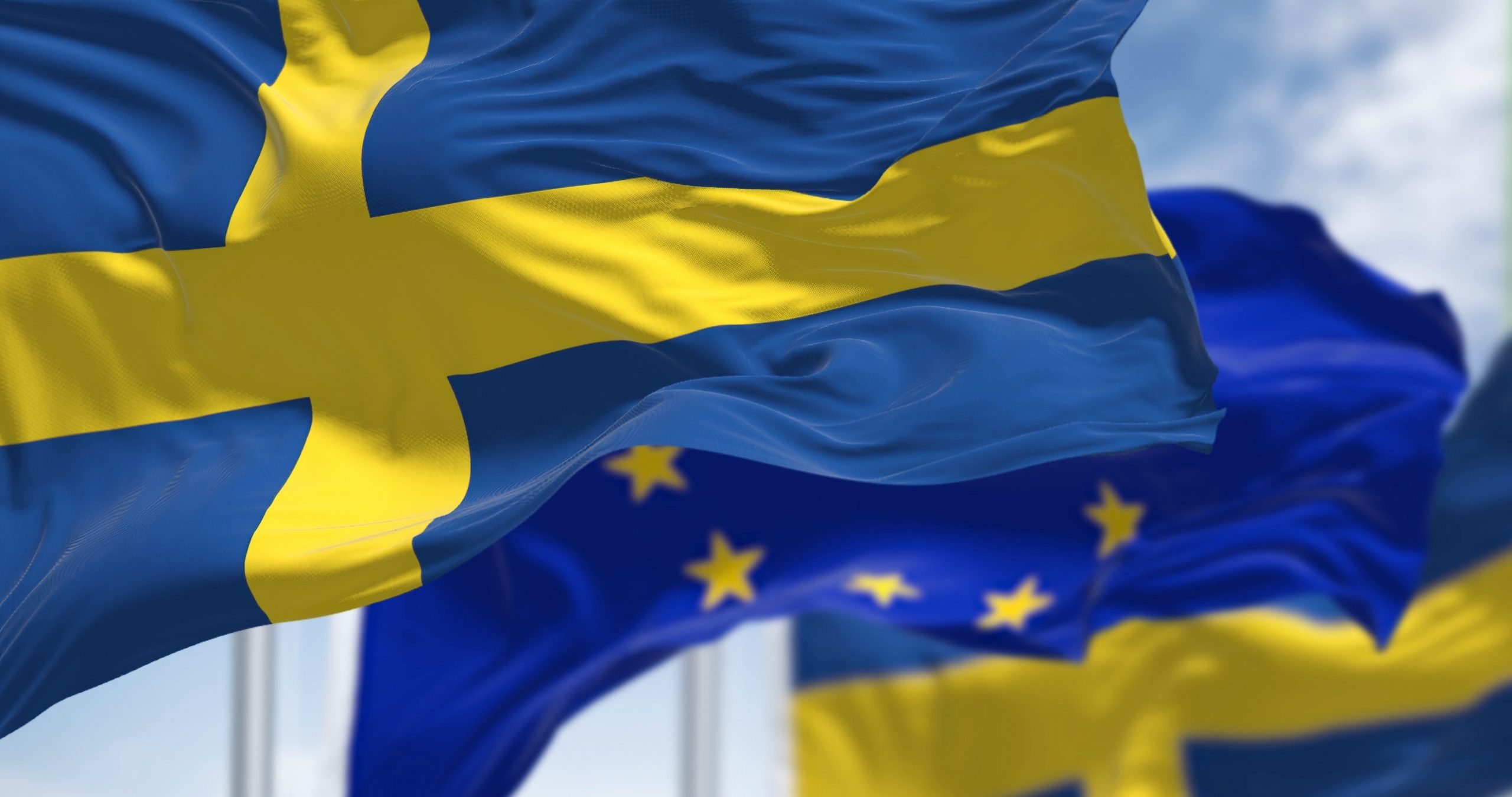 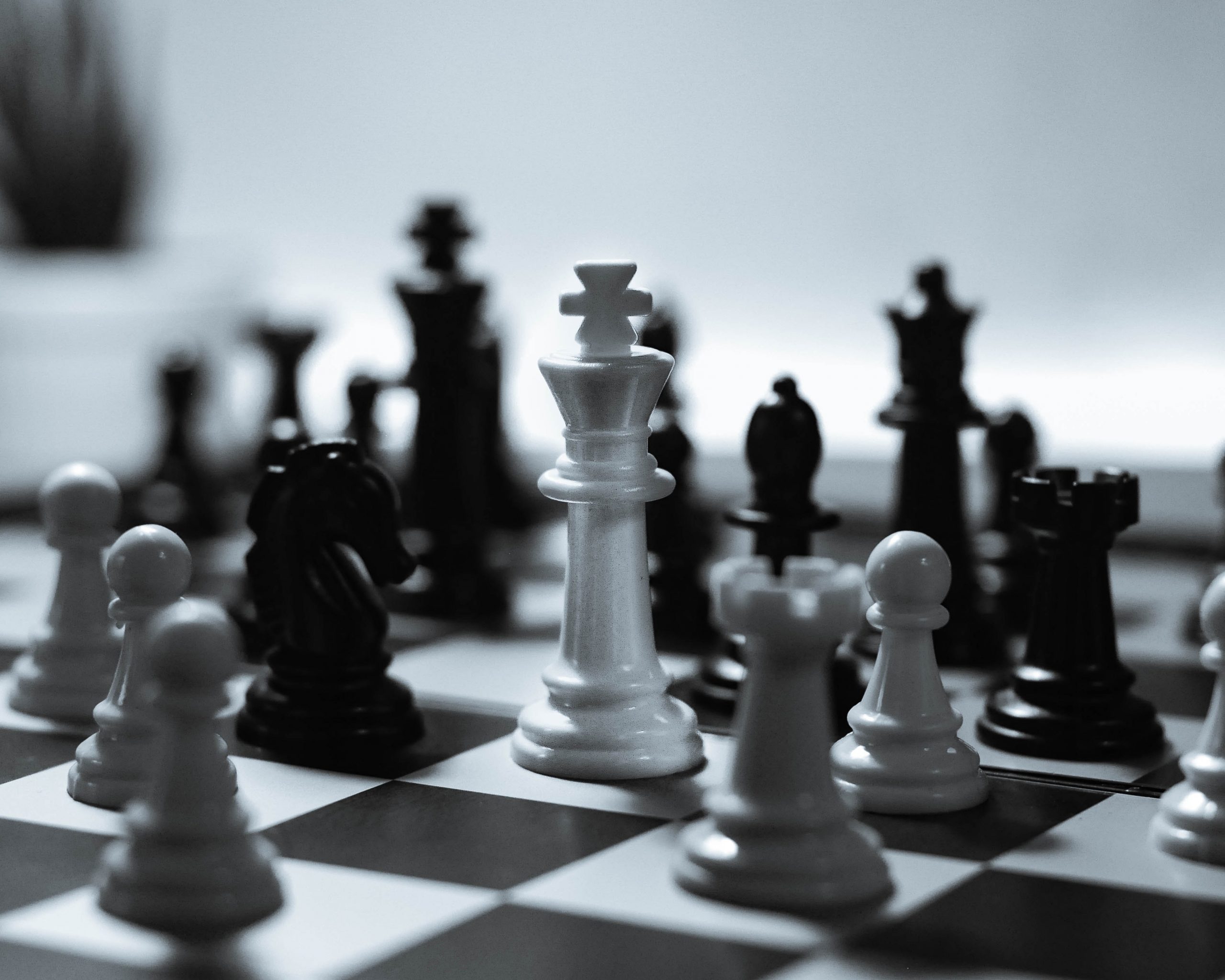 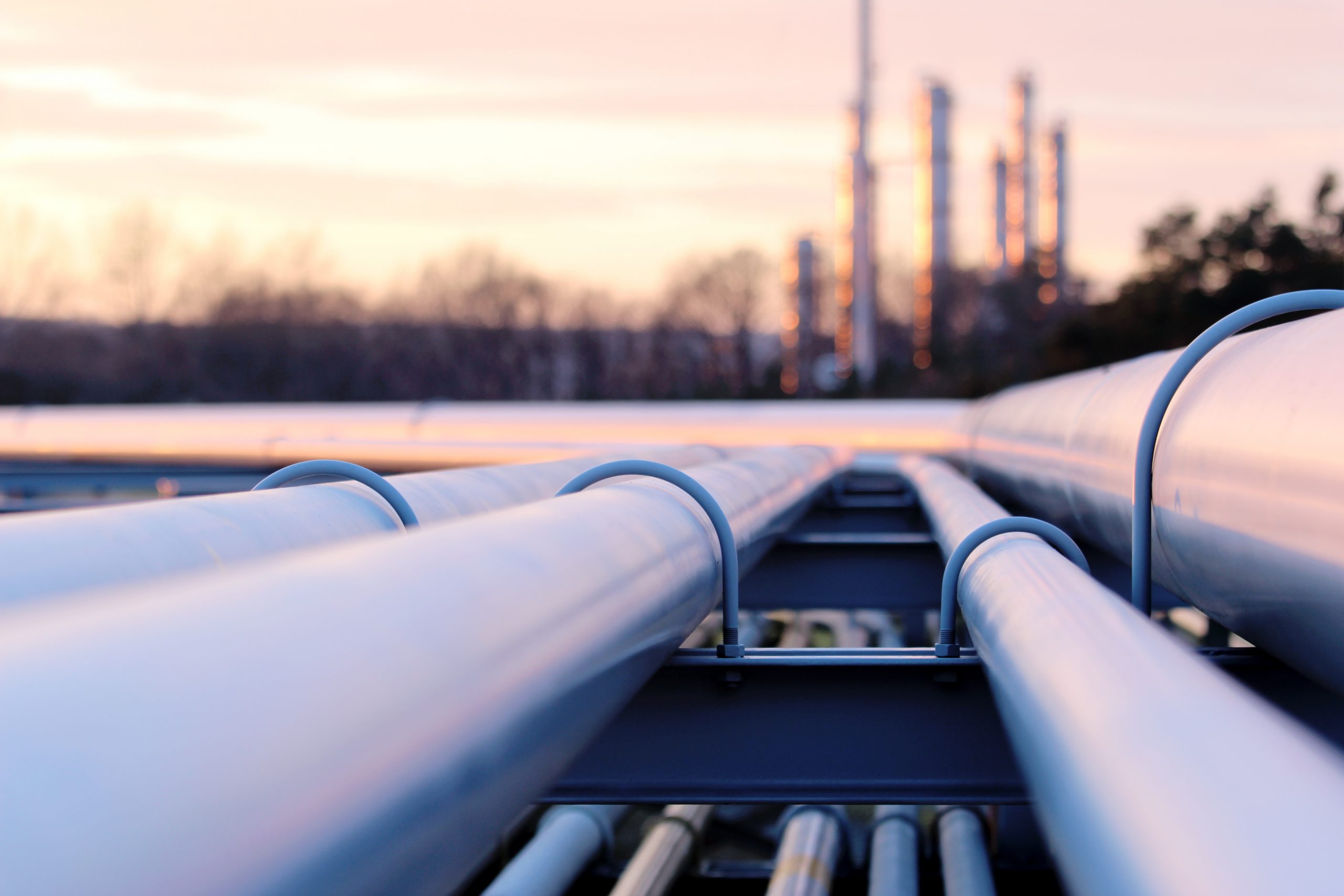