To celebrate International Women’s Day, we interviewed Roos van Gent, a Consultant in Flint’s London office, who leads the Women at Flint network. The network was set-up in January 2020 and aims to make Flint an inclusive and good place to work for everyone.

When did you launch Women at Flint and what prompted you to start the network?

I joined Flint in October 2019 – women’s rights have always been a big interest of mine, and upon joining I started looking at whether there were things already happening in this space. I found out there had been some conversations about the Women at Flint network but they had not materialised. I then decided to organise a first breakfast in November 2019 to see whether there was enough interest, and if so, scope and brainstorm what we thought we needed to do collectively to get this up and going.

Talk us through your experience of running Women at Flint, including achievements and pushbacks/challenges.

After a successful first meeting, we identified four areas where there was, and remains, scope for improvement and created corresponding workstreams: training, marketing, promotion and recruitment.

We have been able to review recruitment vacancies from a language perspective e.g. we know women are less likely to say they are experts in their field, so we tweaked this language to reflect that.

We hosted an event with Clare Wenham about the gendered impact of Covid-19, which saw 30 people attending and was well received.

We are also proud to have welcomed Sue Owen and Mary Starks at Flint, who have been great additions and internal champions of the network.

More broadly, we have raised awareness on women’s issues at Flint. We have now heard different people saying that our panels should not be all men, and that our LinkedIn/Social Media presence needs to become even more diverse.

The main challenge has been keeping the momentum going during Covid. Getting people together in a room, talking about a movement, creates a certain energy that is hard to replicate online. In 2020 we did not immediately achieve big break throughs, and that can be demotivating. There was a lot more we wanted to do in 2020, which we did not do for a variety of reasons, like organising a back-to-school event in September was upended by Covid re-emergence after summer. We are now looking forward to more successes in 2021 and beyond.

What are the main barriers faced by women in the policy/consulting world and how has Covid exacerbated that?

I think one of the main barriers overall is the implicit assumption that women take care of children, whether they already have them or whether they might someday have them. This also does not recognise the amount of childcare done by men, and it creates bad outcomes for both. It makes it more difficult for women to get hired, get paid equally and get promoted when they deserve it, and it makes it more difficult for men to leave early, ask to take time off or focus on childcare. Sadly, Covid has exacerbated this problem, women have been doing the lion’s share of the housework, and men who have been picking this up have felt even less acknowledged.

Another main issue is women not being as likely to promote themselves or their work, as their male counterparts. They are less likely to ask for something or call someone out. This means that in some instances management needs to be collaborative and a two-way street, rather than expecting the other person to bring up their achievements naturally.

Within Flint, we know that people are aware of these issues and discussions are ongoing, but there is still a world to win.

Looking forward, what is your vision for Women at Flint?

I would be immensely proud and happy if we can continue having regular meetings, keep noticing women’s frustrations and keep creating this space for women, and allies, to talk about what they need. We want this to be the “go-to” place for women, and others, who have questions about diversity and inclusion and make this a demand-led group – listening to what people need and lead in this direction.

There is a wide range of things we can aim to change, like increasing transparency around equal pay, as best as we can being a small company. But also, further improving how we hire and promote  (Thanks Lisa Welch for all your great work thus far!) and (recognised as) being an industry leader in terms of benefits and flexible working.

The ultimate objective would be to have a 50/50 workforce or even more women and have changes naturally flow from that balance. If we quote RBG: “When I'm sometimes asked when will there be enough [women on the Supreme Court] and I say, 'When there are nine,' people are shocked. But there'd been nine men, and nobody's ever raised a question about that.”

Thank you so much Roos, we are looking forward to celebrating future successes!

Flint Senior Adviser, Philip Cordery reflects on his role as a Flint Adviser and the upcoming political challenges in France 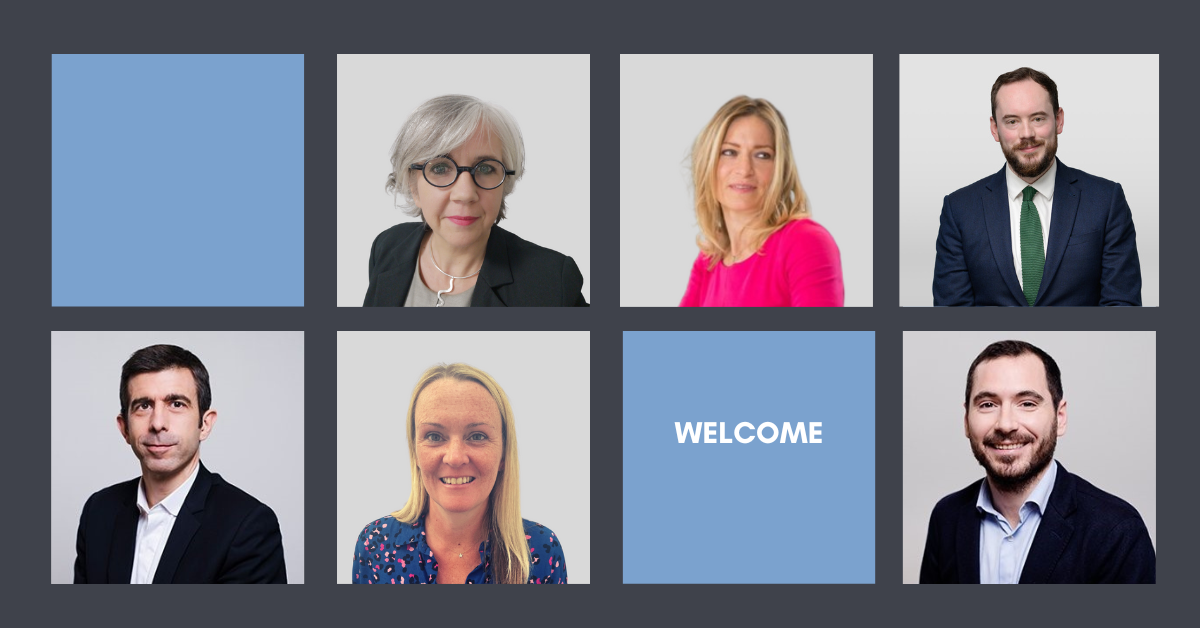