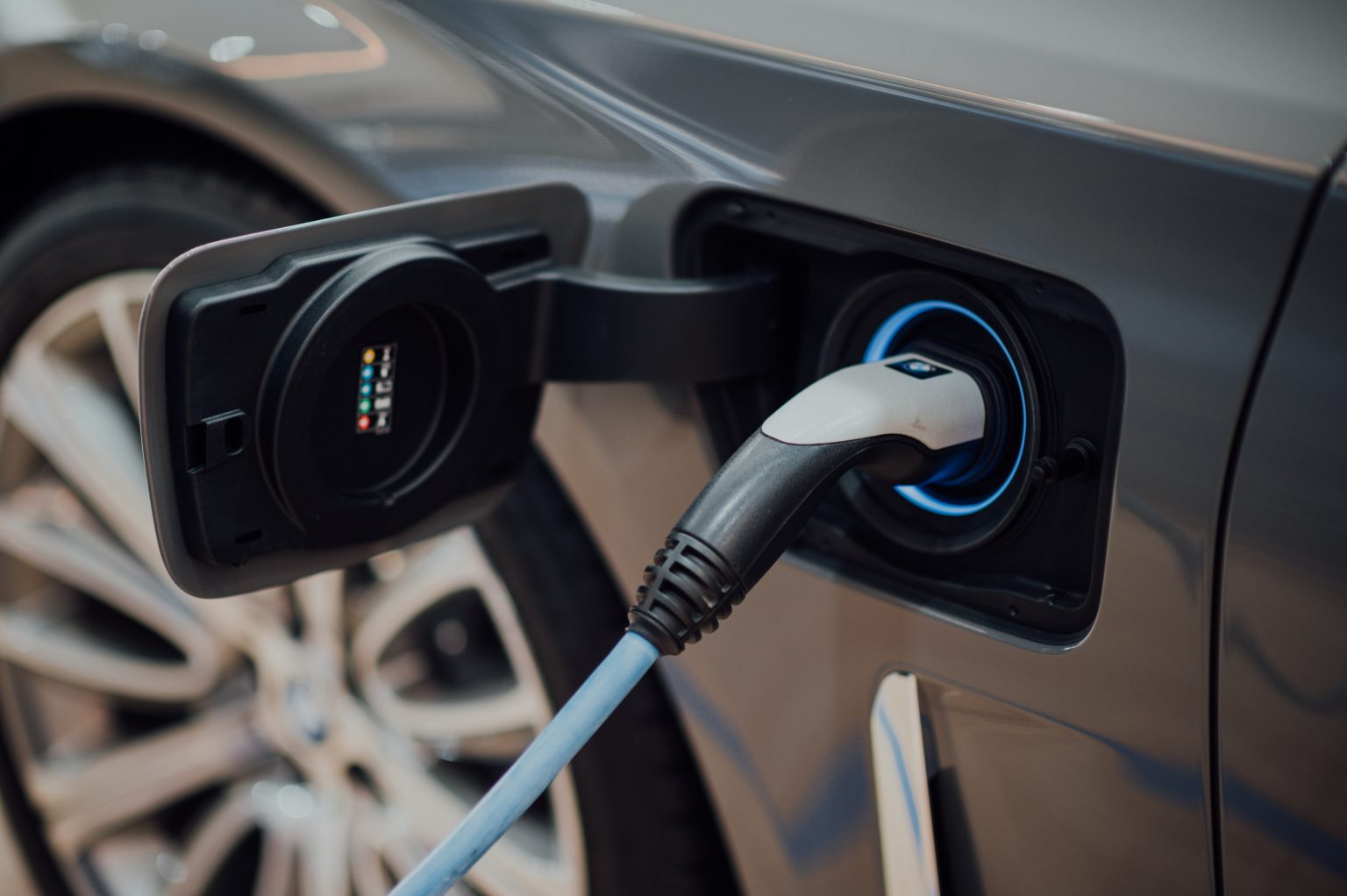 Strong demand comes with a price

The Autumn Statement contained unwelcome news for the electric vehicle industry. From 2025 – for the first time – EVs will be subject to standard Vehicle Excise Duty (VED) and the ‘expensive car supplement’ (for vehicles with a list price of over £40,000). Company car tax rates on EVs will also increase, but only to a maximum of 5% - well below the rate for Internal Combustion Engines (ICE) vehicles.

2022 is the first year in which pure ICE vehicles make up less than 50% of market share of new vehicles sold – though “mild” hybrids do account for another 19% (chart 2). In the face of a dire fiscal situation, the government has taken the decision that a tax increase will not deter the EV transition.

However, the removal of a key incentive comes at a challenging time for the auto industry. Consumer spending is set to fall and access to cheap credit is drying up as interest rates rise. The average EV will be captured by the £355 annual expensive car supplement. Consumer decision-making on running costs will increasingly factor in new taxes as we get closer to the 2025 start date. While these costs are currently relatively low, the fact that incentives are changing is an important signal for upcoming policy proposals such as road pricing.

Meanwhile, producers are facing enormous challenges – particularly in the UK – from high energy costs, while large-scale subsidy packages overseas make the UK a relatively less attractive location for investment. The government must be sensitive to industry needs, or UK losses such as the electric Mini production plant (to China) and Arrival’s electric van operations (to the US) will be replicated by other manufacturers. Supply chains, trade, geopolitics, charging infrastructure, road pricing and energy will all have a significant impact in the coming months and years.

Government policy will continue to shape demand – what next?

The Autumn Statement did contain some positive news for the sector. The government will extend the 100% First Year Allowance for electric vehicle chargepoints to 2025 to incentivise business investment in charging infrastructure. Aside from the budget, a delivery partner for the £900m rapid charging fund is due to be announced – though most of that will be spent on upgrading the grid infrastructure to support new chargepoints.

The deprioritisation of the Transport Bill from this session of Parliament means we are further away than planned from mandatory smart charging, chargepoint regulation and minimum levels of chargepoint coverage. While it is only a matter of time before these are implemented, a crowded legislative schedule means it could even be pushed back to after the (expected) 2024 General Election. HMT is looking actively at road pricing again – though at a relatively embryonic stage. This is in response to falling fuel taxes because of the EV transition, over the long term the design of the scheme is likely to have a much greater impact than the VED changes. Any future road pricing structure must retain the running cost advantage for electric vehicles to incentivise adoption, but this could mean taxing ICE vehicle users twice; a major political challenge.

While demand-side policy has been effective so far, building UK EV production capacity at the required pace is proving more difficult. Manufacturers face fierce headwinds including high energy prices, labour constraints and shortages of critical components such as semiconductors. The UK government has not put the same political or financial weight behind attracting key components of the supply chain, such as gigafactories, as other countries. Some production capacity is already shifting overseas. Political instability has resulted in delays and uncertainty – impacting investment decisions.

With energy costs sky high (chart 5), the outcome of the Energy Intensive Industry scheme consultation is critical. UK carmakers face major challenges to their competitiveness if the government does not think carefully about the cost of energy for UK manufacturers relative to overseas competitors.

The Zero Emission Vehicle mandate aims to stimulate supply. With the technical consultation closed and awaiting government’s response, an impact assessment on proposals is supposed to be released this year. This may be held back by a new political team who will want to assess the impacts on the auto industry, but as extensive industry engagement has already been carried out, retaining the 2030 target and an objective to ramp up supply by/from 2025 is likely. Similar mandates for other modes of transport (trucks, vans, motorbikes etc.) may follow, using similar methodology.

The policy environment has recently been unstable, decreasing the credibility of support packages. When key elements in investment calculations are regularly changed or withdrawn (e.g. Investment Zones) decision-making becomes more difficult. Sustained commitment to R&D funding by government is one of a few areas of stability, and continued funding for battery R&D and other automotive technologies is encouraging. Nonetheless, other countries continue to act at scale to attract large-scale battery manufacturing in order to anchor their wider auto industries. The UK is currently looking deliberative rather than decisive when it comes to landing the major investments which will build confidence in the UK ecosystem.

Could trade and geopolitical tensions undermine the EV transition?

There are signs of increased protectionism in the global auto industry, spurred on by China’s increasing dominance in supply chains (chart 6). The US Inflation Reduction Act contains “buy American” clauses and the EU is looking at a raft of regulations and measures that could make overseas production more difficult (mainly targeted at China). These include the Carbon Border Adjustment Mechanism, the EU Battery Regulation and Sustainability Reporting and Disclosure Requirements.

Additionally, incoming (2027) EU rules require substantial local content in batteries to avoid tariffs on EVs. If domestic battery production is not sufficient, the UK government may consider re-entering negotiations to delay introduction or reduce content requirements. Although Brussels has said it will not extend exemptions, the reality is the EU may be amenable if its battery production capability cannot meet the required demand. The EU is ramping up faster than the UK, but carmakers do not believe it will be ready. Geopolitical tension with China remains high, spurring protectionist EU moves as part of the strategic autonomy agenda. China itself is increasingly looking to boost self-reliance – and new US export controls on the semiconductor industry, explicitly targeted at China, may spark another trade battle. The UK government last week decided to reverse the takeover of Newport Wafer Fab, Britain’s largest microchip plant, by a Chinese-owned company, showing the strength of concern about China’s rapid economic expansion.

Supply chains also remain stretched, and while global semiconductor shortages are easing in certain sectors, those used in autos remain in high demand. Across the world, competition for raw materials and components for EVs is sky-high – demonstrated by the soaring price of lithium and other critical minerals (chart 5).

The UK auto industry has historically performed best when government policy has been to welcome free trade and competition. Imports help consumers and ZEV (Zero Emission Vehicle) adoption objectives, and access to overseas markets facilitates UK exports – particularly the traditionally strong selling prestige and specialist cars. There are still opportunities to reduce trade barriers, such as through a UK/India deal, that the government can seize.

Understanding (and where necessary mitigating) the potential impact of these trade and geopolitical risks have increasingly become a central task for the sector.

A critical time to engage

The new government includes many ministers unsighted on previous advice, and a cadre of new advisers. There is a risk that the auto industry’s challenges remain unheard given the understandable focus on energy security and the cost of living crisis. The Autumn Statement exemplified that the Chancellor, PM and their teams are focused on the immediate crisis and avoiding a deep recession. Expectations are that the spring fiscal event will pivot towards the question of growth and tackling the persistent, long-term challenges facing the UK economy, such as low productivity, comparatively weak private sector R&D investment, and skills shortages.

On the demand side, the auto industry must think carefully about how the policy environment can positively shape domestic demand. Many of the pressures facing the government – fiscal and otherwise – may work against that. Engaging with government in a considered and collaborative way is essential.

On supply, there is now a critical opportunity to make the argument for stabilizing the UK’s automotive industry, protecting jobs, promoting net zero, developing world-beating R&D and boosting exports over the long term.  This message needs to be made clearly and quickly. Businesses should communicate what a credible and stable package of measures that encourages investment looks like – e.g. on subsidy, energy, infrastructure, skills, demand certainty and other elements. On all of these issues, the opportunity to help Labour shape its view is also more relevant and important than ever.

This paper was written by Flint Partners, Josh Buckland and Jon Sell, and manager Rhys Davies. Josh leads Flint’s work on energy, sustainability and environmental issues. Prior to joining Flint, Josh was Energy Adviser to the Secretary of State for Business, Energy and Industrial Strategy. Jon leads Flint’s work advising businesses and investors on innovation, industrial and regional issues. He was previously a senior Treasury official where he led policy and spending on enterprise, corporate and venture finance, R&D and industrial policy. Rhys previously advised ministers on trade and economic policy at HMT and then DIT. 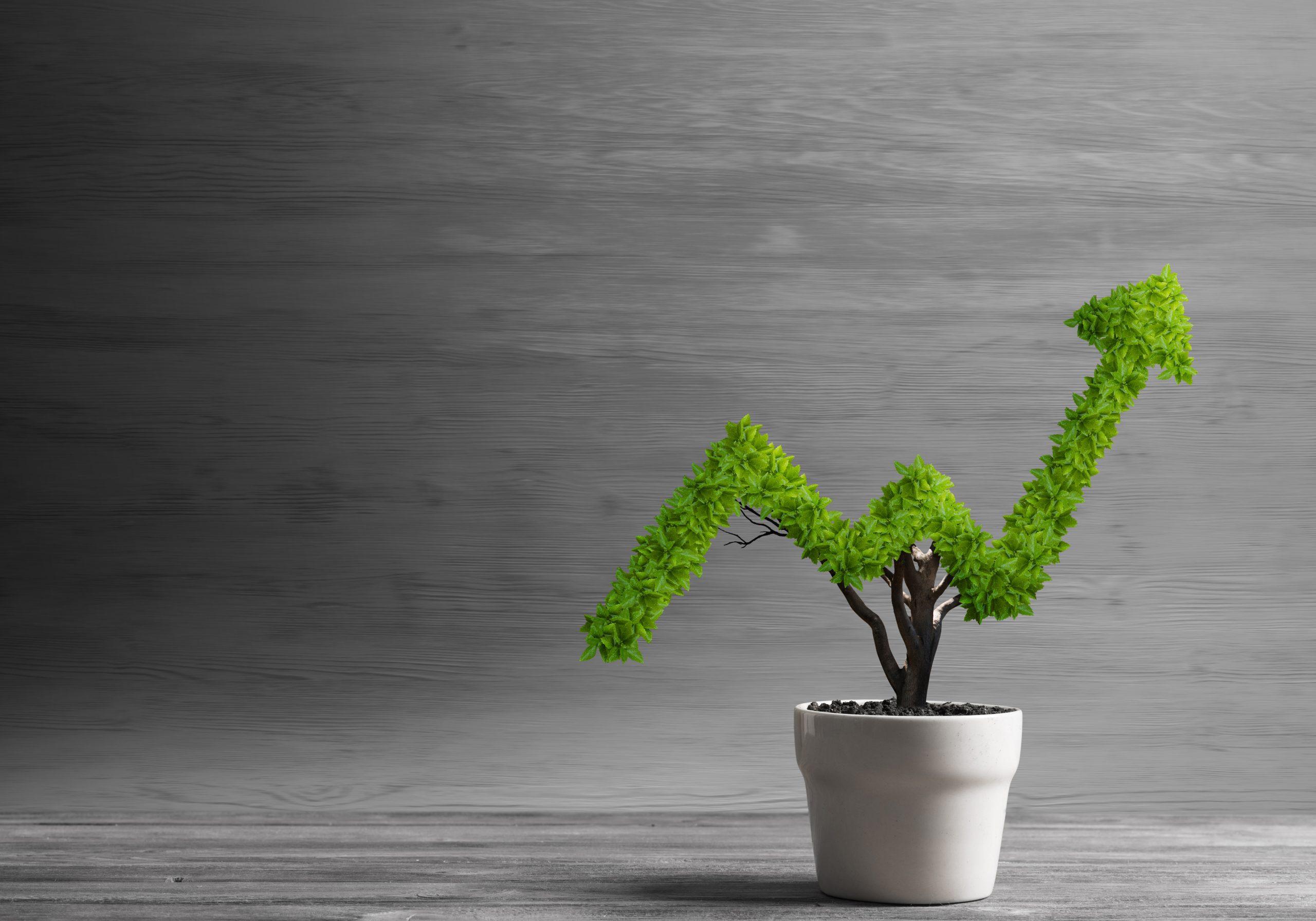 ESG, Green Finance, Sustainability
Green finance in 2023: Getting into gear, albeit at a lower speed 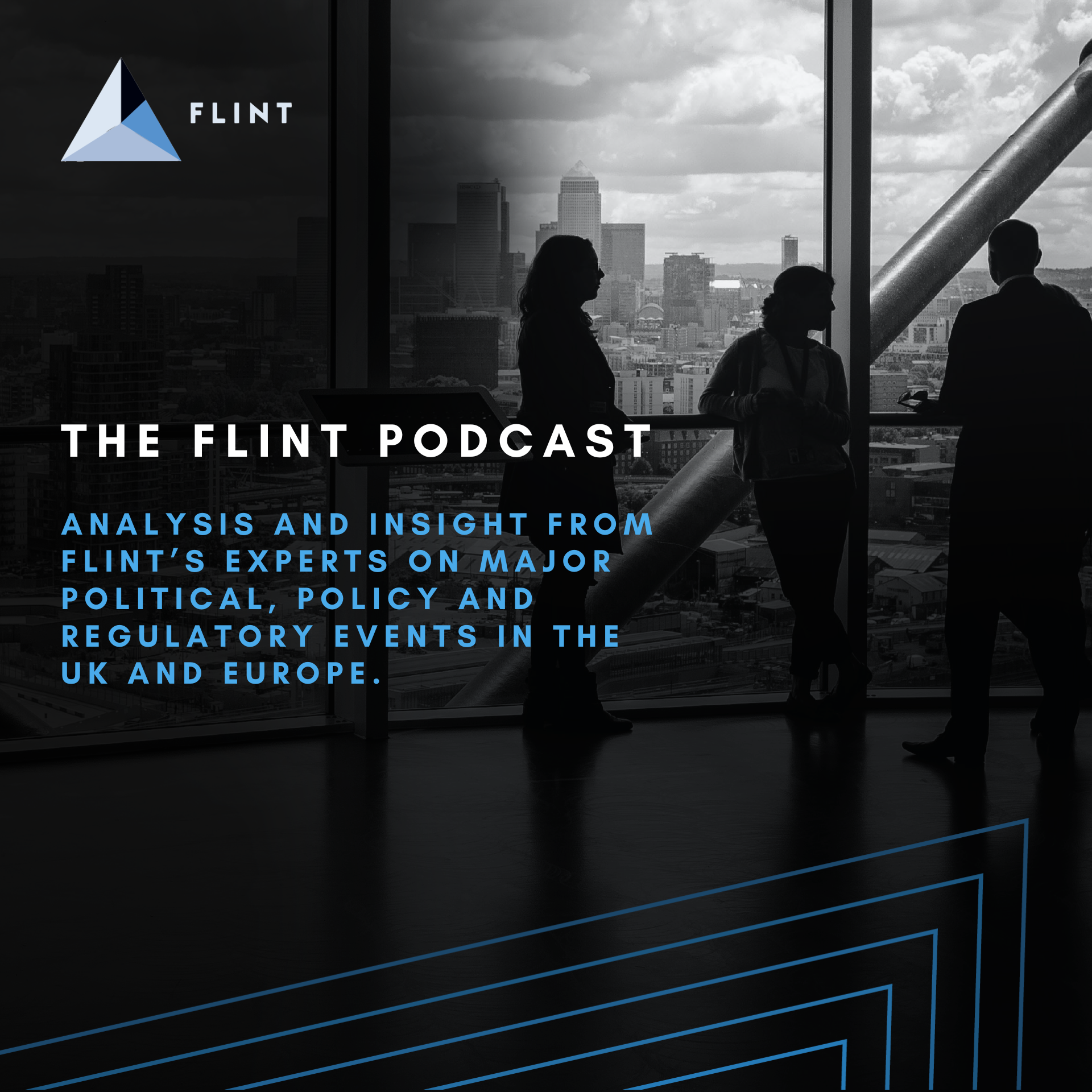 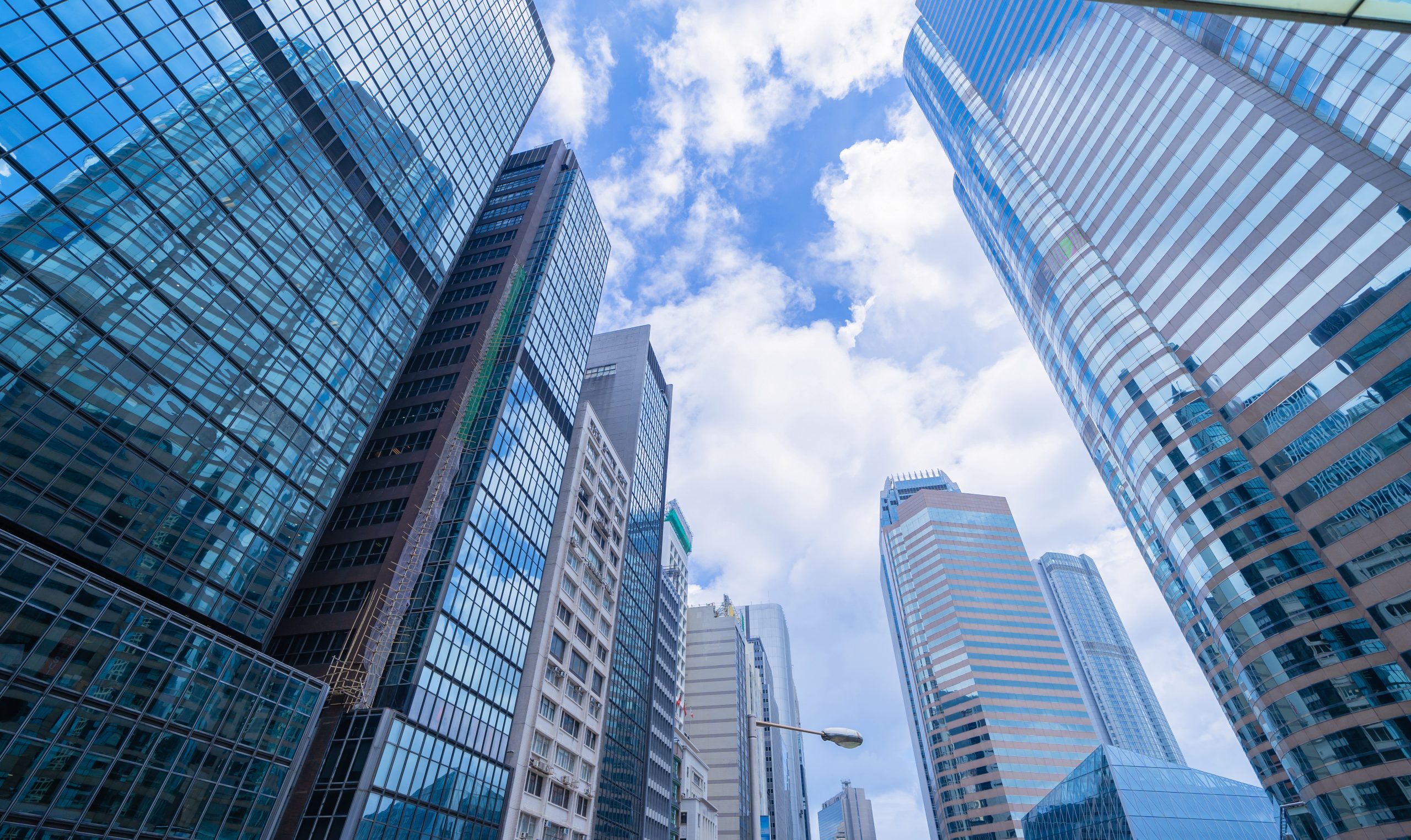