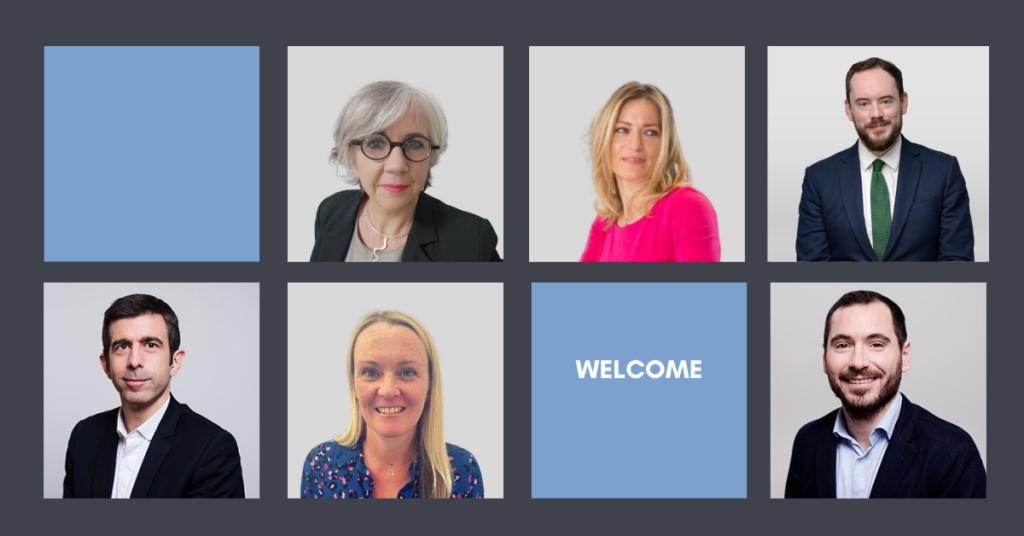 This September we welcome six new Partners to Flint, further building our senior team in France, Brussels and London and expanding our services to clients.     Anne-Juliette Rohrbach joins as a Partner to launch and lead Flint’s new permanent office in Paris. Anne-Juliette is an expert in French policy and regulation with 15 years’ experience […]

Six promotions to celebrate this September at Flint

With effect from 1 September, six members of the Flint team have been promoted.  Warm congratulations to Sam Lowe, who has been promoted to Partner leading our trade and market access practice, Anna Abela, Franziska Kohler and Stef Lehmann, who have been promoted to Director, and Claudia Catelin and Matteo Panizzardi who become Managers. This is well […]

Winter is coming: new risks and opportunities for firms trading with the UK and EU

Moving goods, services, data, and staff internationally has never been easy. Trade wars, Brexit, a global pandemic, sanctions, and Russia’s invasion of Ukraine made doing so all the more difficult.   Beyond reacting to external pressures, companies and investors should be gearing up to adapt to, and take advantage of, imminent UK and EU regulatory changes […]

Sam Lowe quoted in the FT

“The Trade Remedies Authority was set up to be pure and rational and pro-liberalisation, but the domestic political economy has got in the way of that vision.” Flint trade expert Sam Lowe was quoted in the Financial Times.

Sam Lowe quoted in the FT

“It would make more sense for the UK to commit long-term to an approach that, unless there is a good reason, allows for EU CE markings to be sufficient for products placed on the UK market” Flint trade expert Sam Lowe quoted in the FT

Sam Lowe on BBC World at One

“Our own independent body has found there is no economic thus no legal justification for doing so” Flint trade expert Sam Lowe, spoke to BBC World at One on the 16th of June about how the UK’s tariff on Chinese Steel relates to Lord Geidts resignation. Listen from 24 minutes.

“What the UK is proposing is that all goods entering Northern Ireland should be treated like they are going to stay there unless there is a good reason that they might move onwards to Ireland and the rest of the EU” @SamuelMarcLowe, on @BBCRadio4 (37.21):

Trade after Brexit: What next for Global Britain?

Post-Brexit, the best job in the UK government was that of trade secretary. While other ministers dealt with the Brexit fallout, or were tasked with tackling Covid-19, then trade chief, Liz Truss, was filling up her trophy cabinet.    EU trade deals were rolled over, repackaged, and celebrated by the domestic press. New free trade agreements […]

Flint Director of Trade Sam Lowe quoted in the FT on the UK Government’s plan to cut UK food tariffs to combat the rise in the price of groceries.

Flint Director Sam Lowe comments on the politics of a UK-India FTA in the FT. Read more here:

This website uses cookies to improve your experience while you navigate through the website. Out of these cookies, the cookies that are categorized as necessary are stored on your browser as they are essential for the working of basic functionalities of the website. We also use third-party cookies that help us analyze and understand how you use this website. These cookies will be stored in your browser only with your consent. You also have the option to opt-out of these cookies. But opting out of some of these cookies may have an effect on your browsing experience.
Necessary Always Enabled
Necessary cookies are absolutely essential for the website to function properly. This category only includes cookies that ensures basic functionalities and security features of the website. These cookies do not store any personal information.
Functional
Functional cookies help to perform certain functionalities like sharing the content of the website on social media platforms, collect feedbacks, and other third-party features.
Performance
Performance cookies are used to understand and analyze the key performance indexes of the website which helps in delivering a better user experience for the visitors.
Analytics
Analytical cookies are used to understand how visitors interact with the website. These cookies help provide information on metrics the number of visitors, bounce rate, traffic source, etc.
Advertisement
Advertisement cookies are used to provide visitors with relevant ads and marketing campaigns. These cookies track visitors across websites and collect information to provide customized ads.
Others
Other uncategorized cookies are those that are being analyzed and have not been classified into a category as yet.
SAVE & ACCEPT